To mark her visit, Princess May was also specially renamed for the day in Alex’s honour, becoming ‘The Alex Scott Primary School’ for the duration of the star’s visit.

Scott said: “Having the school named after me for the day was a real honour and certainly not something I was expecting! It’s great to come out and see the Premier League Primary Stars programme in action. I’ve been able to see first-hand how football, and Arsenal can engage kids both inside and outside the classroom. Arsenal’s projects are so important to these children so it’s fantastic to see the Premier League investing more into this type of project.”

Arsenal in the Community runs weekly PE and after-school sessions at many schools across Islington, Camden and Hackney as part of the Primary Stars programme. 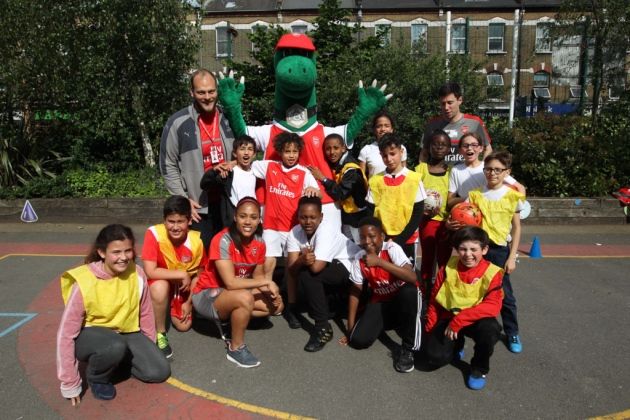 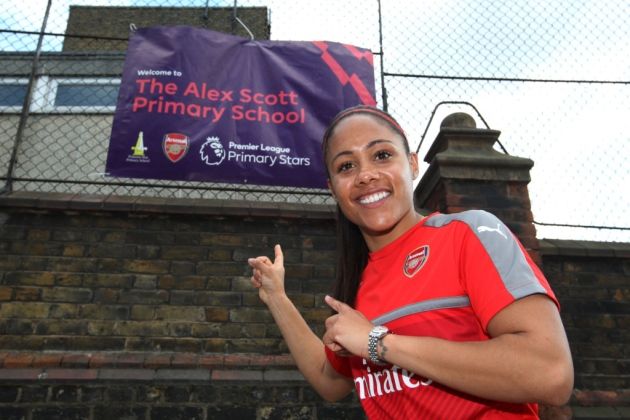 Check out our very own football stars on their day with Arsenal/England's football player Alex Scott: CLICK HERE

Princess May children are lucky to be trained by Arsenal coaches and are often invited to events and matches. On 30th May, 13 of our children had an experience of a life time, playing football on the pitch at the Emirates Stadium. Big Thank you to the Arsenal coaches for delivering a great service and making the children�s dream true. Who wouldn�t like to play for Arsenal!